Head of Department on interaction with consumers Albert Malshakov and Chief specialist at the Center for international cooperation Tsogu Alexander Gordievsky attended Voronezh State University, where was the first coordination meeting of the participants of the international project "establishment of centres for the development of competences and skills employment» (COMPLETE) the Erasmus programme .

Participants in the project are five Russian universities, three University of Kazakhstan, one of Slovenia and Greece, два из Германии. At the first meeting, questions were raised with the general policy of employment of graduates, patterns of interaction with enterprises, employment of students and defined organizational considerations on realization of the program Erasmus .

Erasmus – This is a new program of the European Union in the field of education, Youth courses and sport at the 2014-2020 years. It opens up many opportunities for higher education institutions, students, researchers and staff worldwide; participation increases in overall ranking universities in the country and increases the recognisability of the University in the world, improves interaction with universities of Europe. The program is financed from the funds of the European Union.

As noted by Alexander Gordievsky, the program is designed to 3 of the year, during which a huge amount of work will be done. Primarily students employment situation will be analysed in Russia and in Europe, coordinated work on the formation of a unified common concepts and patterns of interaction. Next participating universities in the region will make some adjustments to the program depending on the specifics of the area. The model will be prepared then centers on the development of competencies and skills employment. And in the last year of implementation of the program will be held the pilot testing of this Center.

"We believe, that participation in the Erasmus programme will be useful for Tsogu. It could not have been better fits the concept of the strategic development of the University and becoming it as supporting the University region. The University's interaction with employers and skills training are the key moments for the oil and gas University, – Notes Aleksandr Arturovich.

As a result, the new programme will establish the Center Part of the qualifications and career accompaniment with the aim of promoting the employment of the graduates in accordance with the requirements of the labour market. 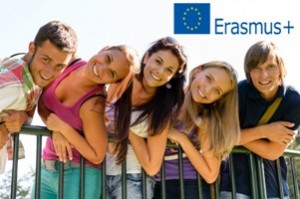